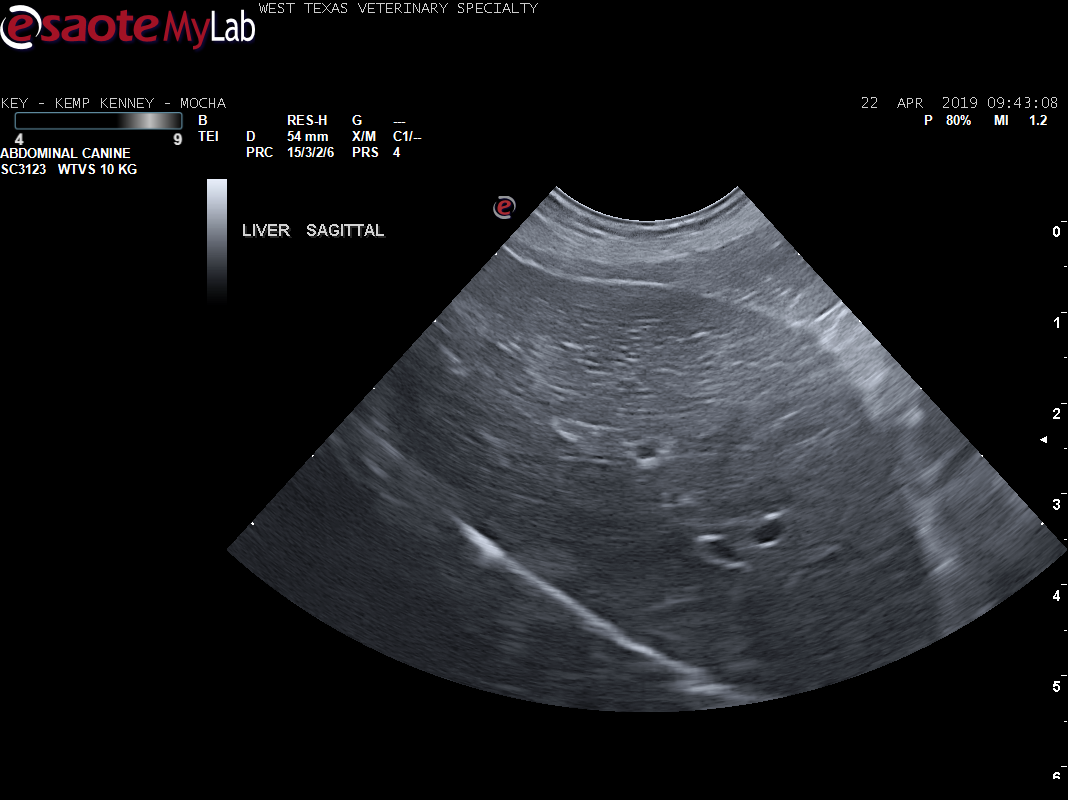 Unremarkable liver parenchyma. The diaphragmatic margin is seen at bottom of screen as diagonal line. Cranial is to the left. 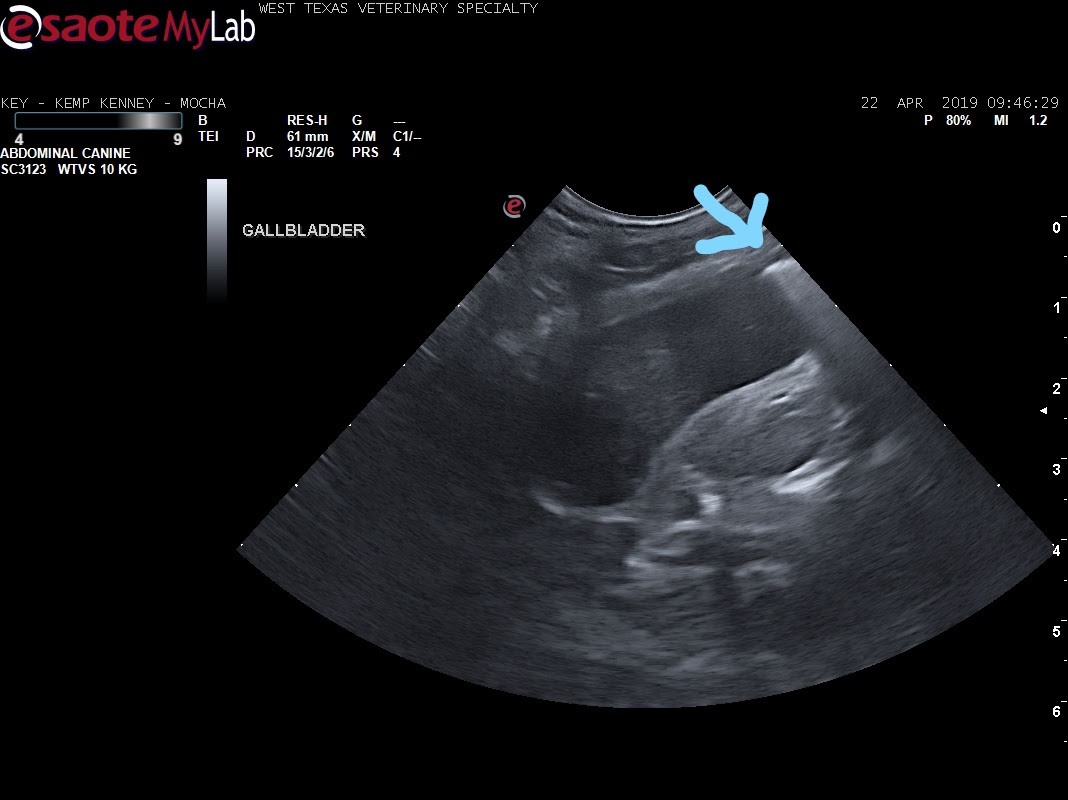 Longitudinal view of gall bladder within the liver. The white shadowing structure (see awesome blue arrow I drew myself without my wife’s help) is a gas pocket within the anti-dependent portion of gall bladder lumen; this is diagnostic for gas. 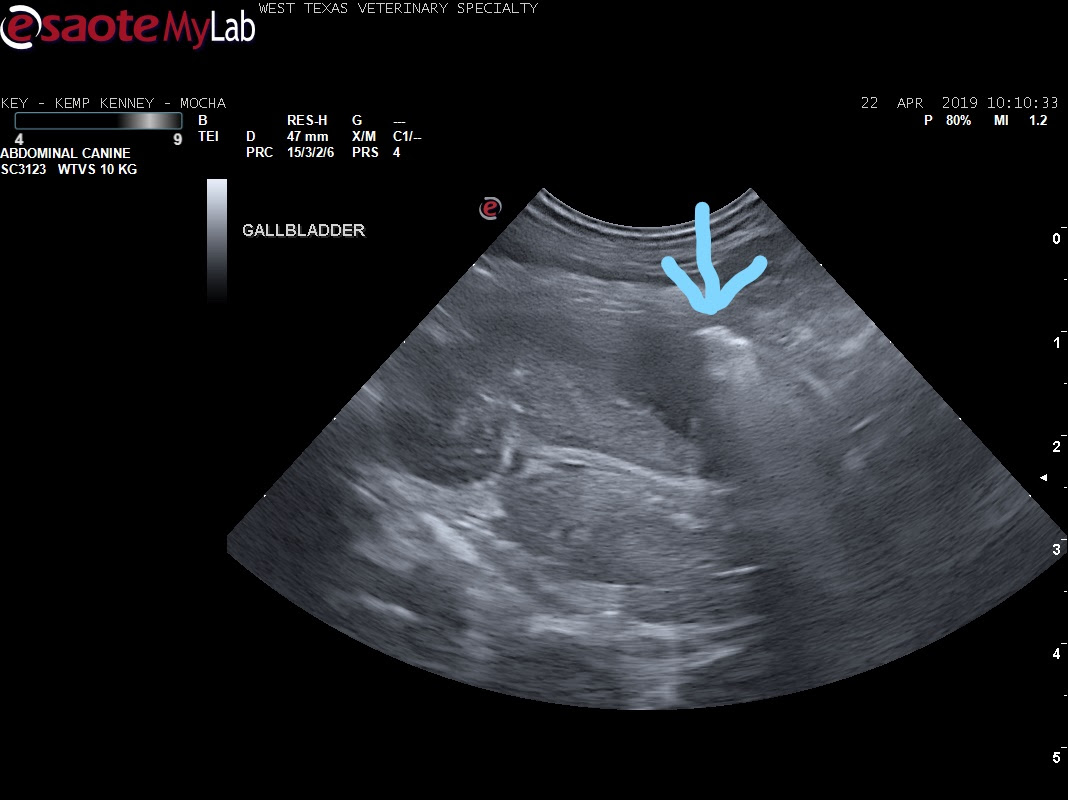 Another view of gas within GB lumen. Note the moderate amount of echogenic material within the dependent portion of gall bladder as well as hyperechoic (bright white) gall bladder wall (seen best at far/deep aspect of gall bladder) 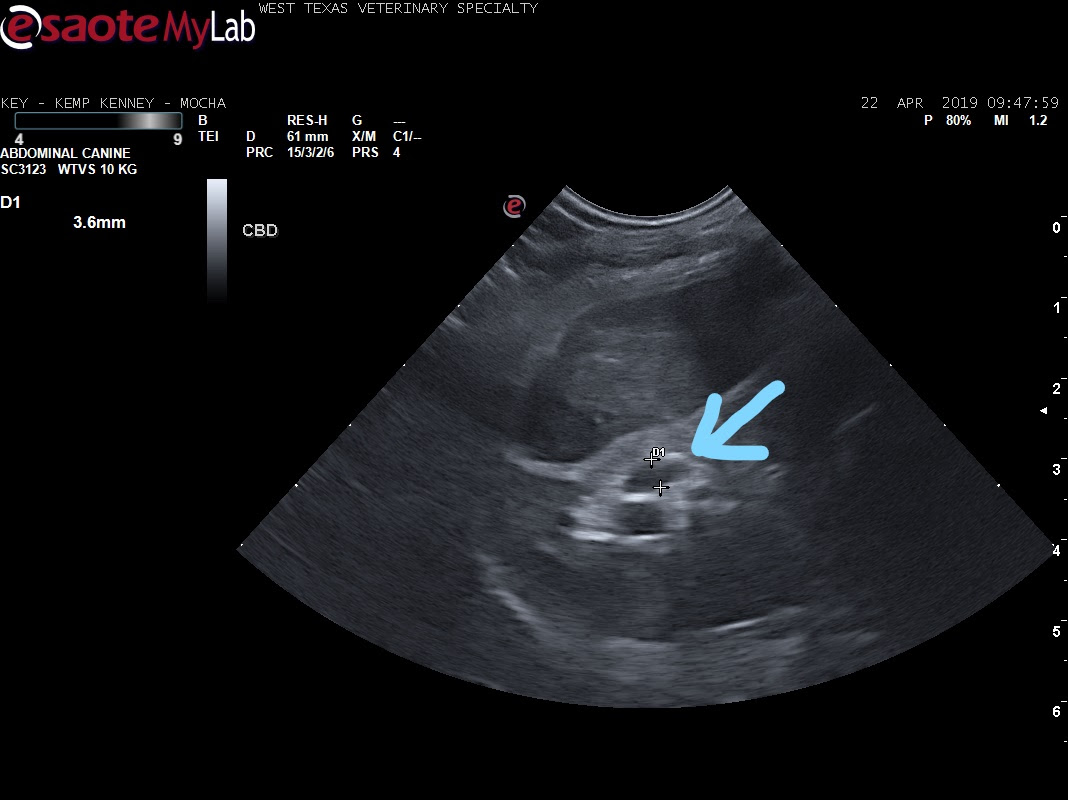 Common bile duct dilation (3.6mm); normal diameter is generally <1.5mm. In this case the dilation and wall thickening are most likely due to inflammation/infection as opposed to mechanical obstruction.[/caption]

Bacterial cholangitis and cholecystitis is occasionally found in dogs but is quite common in cats. These animals often present with acute signs and laboratory findings of cholestatic liver disease. Fever, leukocytosis and icterus are common. Biliary tract perforation results in bile peritonitis. Ultrasonography is a sensitive and specific indicator of extrahepatic biliary tract disease. Thickness of gallbladder and duct wall is common with cholecystitis.

Treatment involves 3–4 weeks of appropriate antibiotic therapy based on culture. With fear or evidence of gallbladder perforation a cholecystectomy is indicated.

Update on case: This particular patient improved in association with broad-spectrum antibiotic therapy and, due to recurrent nature of disease, successfully underwent a cholecystectomy. She is reportedly doing well since surgery and back to normal!